Politicians spend their lives mastering it. Good BS'ers have practiced it for years. It's a great way to make people think you have "senior management potential".

Back in the day I worked for a brilliant manager who had his team meet with 2 PhD psychologists regularly  to practice the latest and greatest theories on effective behaviors and team building skills. During one session we read and worked over "Language in Thought and Action" by S.I. Hayakawa (a U.S. Senator). First published in 1949, it is  considered a classic work on semantics.

My first takeaway was  to recognize conversations moving  from lower-to-higher or higher-to-lower levels of abstraction.  This is critical when making decisions since it is usually easier to move up rather than down yet YOU CANNOT RESOLVE ANYTHING MOVING UP!

Consider making a decision about Betsy, the cow....

...we can talk about her contributions to our herd of cattle....

....or what a valuable piece of livestock she is but...

...unless we go the other way, perhaps applying our policies on Livestock to Cattle and Cattle to  Betsy,  we can expect a courteous and politically correct conversation  but CANNOT ADD DECISION VALUE on what to do about Betsy.

Unfortunately my experience is that  1) resolving problems  2) recognizing opportunities and 3) defining strategies happen at lower levels of abstraction (often the lowest). 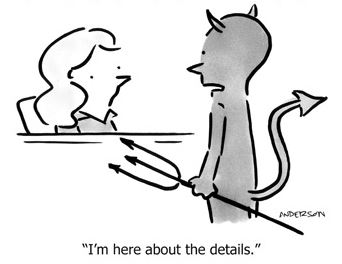 "Innovation is the lifeblood of our Company"

"It's time that we move from good words to good works, from sound bites to sound solutions"

"It's irresponsible to question the science of climate change" 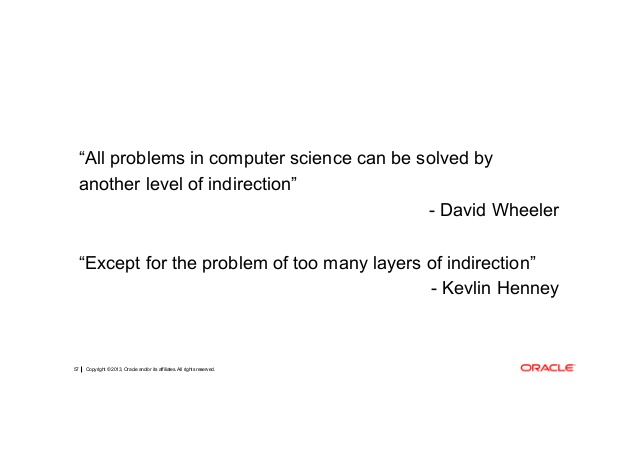 Abstraction layering (implemented as indirection) has driven Software development productivity to grow exponentially by allowing us to label and manipulate "cumulatively all that went before". But even in this virtual world, constructs of the mind have limitations.

Good stuff, BUT going lower often makes conversations more confrontational, especially when stakes are high.  My second takeaway is that it is ALWAYS helpful to rebuild trust by moving up the abstraction ladder. Stating COMMON GOALS AND DESIRES rebuilds confidence that we're still on the same team. This leadership trait is demonstrated spectacularly in Apollo 13 by Jim Lovell when the crew is getting frayed from rapid-fire life and death decisions...

Jim Lovell (Tom Hanks): Gentlemen, what are your intentions?

[Jack Swigert and Fred Haise turn around and stare at Lovell]