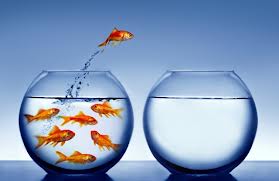 Apple is way out-thinking Wall Street as they move down market.  "Talking-heads"  at Bloomberg, NBC, and securities analysts have argued they need  cheaper phones to stem the market share growth of Android. Apple has kept it's cool and devised the best of all compromising strategies... BOTH.

Both a) more affordable phones and b) maintaining revenue and margins for the premium product/ecosystem.  They did this by taking a strategy lesson from BMW and Mercedes. Enter lower price markets by selling used phones at Android pricing, and replace the high-end  with enhanced functionality (i.e. AC7). Would you rather have a used BMW 3 series or a Ford Focus?

Steve Jobs long ago recognized how to use Moore's law to fill out product portfolios. Rather than designing high, medium and low end products, he would ride Moore's law cost reductions to sell yesterday's functionality at lower prices. The Apple software and manufacturing ecosystem rides along for free. Once customer loyalty is captured, it is easier to up-market sell the high end. Engineered cost-reductions can focus on the most bang for the buck products.

Now Apple's marketing strategists have convinced the organization to recycle 4, 4s and 5 phones by providing trade-ins.  It extracts the residual value of Apple phones into Apple's pocket, helps the high and low-end customer, and is ecological to boot.

This is an example of a key idea in good strategy. Good strategy increases efficiency somewhere in the value chain. In Apple's case it is extracting value from the oligopolistic carrier distribution channels by leveraging it's stores. Retail became a necessary evil when telcos had to sell phones to people (mobile) instead of buildings (landline).  Apple uses retail to build customer relationships (genius bars) not an every 2-year visit to re-new a contract.

3 thoughts on “Apple's Down Market Strategy”