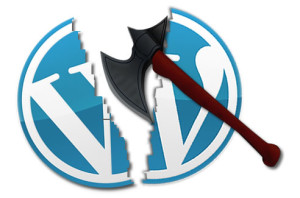 On August 20, I recieved an email from my hosting provider (www.Arvixe.com) saying they deleted something bad from my directory and I was likely part of a phishing scheme. When I went to the website every page  said:  "hacked by Hwins2005"    Bummer....

So here I am on August 23 after 20 hours of deep dives into WordPress,  (opening more PHP files than God intended), a bit of Apache, every tool CPanel offered and I'M BACK!  I still have a ticket with my provider which is making it's way up the queue.

This is a record of those lovely hours. I hope it is helpful for anyone that has to go through it.  First however is the emotional aspect... it is a mini version of a feeling I had many years ago when my house was broken into.  A feeling of invasion, violation of personal space and anger. People have this feeling  and it is why privacy is manifesting itself politically, whether it's the NSA, Scott McNealy's 2009 quote: "You Have Zero Privacy Anyway. Get Over It" or Facebook data-mining your friends to  get a better credit score on you... GET THE F*%$ OUT OF HERE!

So here's what I did:

TRY TO FIX THE EXISTING SITE

ABANDON THE EXISTING SITE AND REBUILD ON A STAGING SITE

Whew....   probably saved $250 to have someone clean it for me but I learned alot about WordPress' architecture and improved my CPanel and overall web stack chops. I'll be attempting to harden things more going forward.